In practice, some director/major shareholders tend to constantly withdraw money from their private limited company, because for example they want to have some more financial leeway in their private life. A recent procedure shows that this can have a completely adverse effect when it comes to tax.

Not a (customary) wage.

Proceedings were brought before the Noord-Holland District Court regarding a director/major shareholder (DMS) who had been running a business together with his brother. The DMS was a 50% shareholder of the company through his own holding company. A financial audit showed that the DMS did not receive a salary, despite the fact that he did actually work within the company.

No agreement in place.

During the court session, the tax inspector had no great difficulties substantiating this statement. Withdrawals from the current account had been made without a loan agreement being concluded between the private company and the DMS. Consequently, no securities were provided, no repayment schedule had been drawn up and no interest was charged. The private company has never taken any collection measures to receive the money back either. In addition, the DMS had insufficient private means to be able to (ever) repay these withdrawals. The court therefore came to the conclusion that the withdrawals had definitively left the private-company’s assets. In view of the extent of the amounts, the private company and the DMS must have been aware of this.

The tax consequences turn out to be vast. To begin with, the full private withdrawal for each year is classified as a dividend payment. This means that 25% income tax is due on this payment. In addition, a 50% fine is added as well as tax interest. This easily runs up the bill.

A DMS can obviously not simply withdraw large sums of money from your own private company with impunity. If you use this money to live on, it is essential to make sure that you receive a salary from your private company that is sufficient to cover your living expenses.

If you use the cash withdrawals from the limited company for an investment in, for example, your own home or something else, then it’s relevant to draw up a loan agreement with terms commonly used in trade and transactions. The Tax Authorities often require collateral and even a repayment scheme. It’s important to get this organised, unless you are clearly sufficiently creditworthy. Whatever you do, make sure to observe the provisions in the loan agreement.

Avoid making substantial withdrawals from your current account. Make sure your salary is sufficient to make ends meet. It will be useful to set down commercial terms in a loan agreement with regard to high withdrawals for private investments. In this way, you prevent the Tax Authorities from qualifying the withdrawals as a dividend payment subsequently. 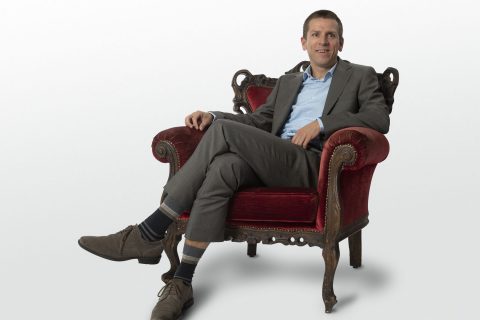