New employment legislation as per 1 January 2020

The cabinet published end 2017 a so-called coalition agreement with their plans.
The coalition agreement 2017-2021, named ‘Confidence in the Future’, announced changes by means of which the government aims to create a better balance between permanent and flexible work arrangements. On May 28, 2019, the Dutch Senate adopted new legislation to bring the labor market into balance effective 1 January 2020.
The changes to the current Dutch Labour and Employment Laws are to have an impact on many types of employment contracts. The main principle of the WAB is to make it more attractive for employers to hire employees on a permanent basis by reducing the gap between permanent contracts and flexible employment. The WAB contains a number of important legislative changes in relation to flexible employment, dismissal law, the transition allowance, pay rolling and on-call contracts. All Dutch employers are affected by the above changes and should therefore take action to become compliant.

The WAB aims to make flexible work less attractive, should be achieved by, among other things, increasing the unemployment insurance premium for employers who make extensive use of flexible labor and by reducing the differences between contract types.

Below the main changes of the WAB are shortly summarised.

The payslip must, in addition to the existing legal obligations, also state the name of the employer and of the employee, the period for which the wage has been calculated, the agreed working hours, whether there is an employment contract for an indefinite period of time entered into in writing, and whether there is an on-call employment contract as intended in Article 628a, paragraphs 9 and 10 of the Dutch civil code.

Employment contracts where (on the basis of Article 7: 628 of the Dutch Civil Code) the wage payment obligation is excluded are also regarded as on-call contracts. This means that temporary employment contracts/ secondment agreements* can also fall under the definition. Consignment services and accessibility services in healthcare do not fall under the definition of a call agreement.

Current legislation does not regulate the length of time between when an employer calls the employee and when the employee must report to work. Under the Act, employers must provide on-call employees at least four days advance notice, and must pay on-call employees if work is cancelled within those four days. The notice may be reduced to 24 hours by way of a collective labor agreement.

Current law provides eight grounds for termination of an employment contract. These cannot be combined (i.e. non-performance as result thereof a disturbed relationship). This makes it hard for an employer to terminate someone’s employment contract. The new legislation amendment will allow an employer to combine different grounds for dismissal except for the dismissal on business economics grounds and dismissal because of long-term incapacity for work. In the event an employment contract is terminated on the basis of a cumulated dismissal ground, the judge can grant, in addition to the transition allowance, a severance up to half of the transition allowance.

At this moment, a transition payment only needs to be paid in case of dismissal if an employment contract has lasted two years or longer. The new law provides employees a transition payment from the first day of their employment. The calculation of the transition allowance will also be adjusted. Instead of one-sixth monthly salary per half year, an employee will receive a third of the monthly salary per calendar year. The higher accrual for employment contracts longer than ten years will be abolished.
Regardless of the dismissal route chosen, all employees will be entitled to a transi¬tional remuneration upon the termination of an employment contract. This remuneration may be applied for educa¬tion and training, amongst other things.

The employee is entitled to a transitional remuneration if :

The Contract of Employment as a result of serious imputability / blame of the Employer is terminated by the Employee;

The transitional remuneration may be lowered with:

For each calendar year that the employment contract has lasted, the transitional allowance is equal to one third of the wage per month and a proportional part thereof for a period that the employment contract has lasted less than a calendar year. Further rules may be laid down by order in council concerning the method of calculating the transition payment. The transition allowance amounts to a maximum of € 81,000 or an amount equal to at most the wage over twelve months if that wage is higher than that amount.

A new definition for pay rolling

The WAB introduces a new definition for the payroll agreement. As a consequence, the statutory regime that applies to temporary employment agencies will no longer be applicable to payroll companies. The collective labor agreement NBBU and ABU can no longer be used by payroll companies. Payroll employees will be entitled to the same primary and secondary employment conditions as employees of the contracting authority. Furthermore, payroll employees will also be entitled to an ‘adequate’ pension scheme if this is also arranged for comparable employees of the contracting authority.

For the first six months of the employment contract the wage payment obligation can only be excluded if this permanent use is at the company where the employee is made available or if the wage payment obligation can be excluded on the basis of the collective labor agreement applicable to the hirer (and the company makes permanent use of that possibility).

The change in the unemployment premium differentiation must contribute to making the permanent contract more attractive compared to the flexible contract.
The high premium is 5 percentage points higher than the low premium. The premiums have not yet been definitively determined, but the minister has mentioned 2.78% for the low premium and 7.78% for the high premium. 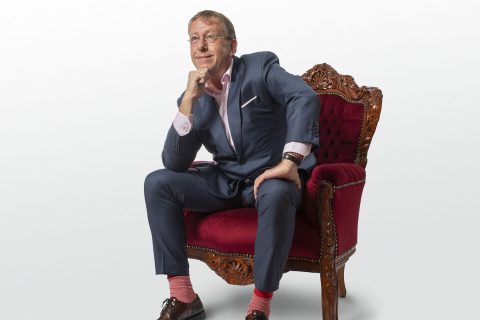